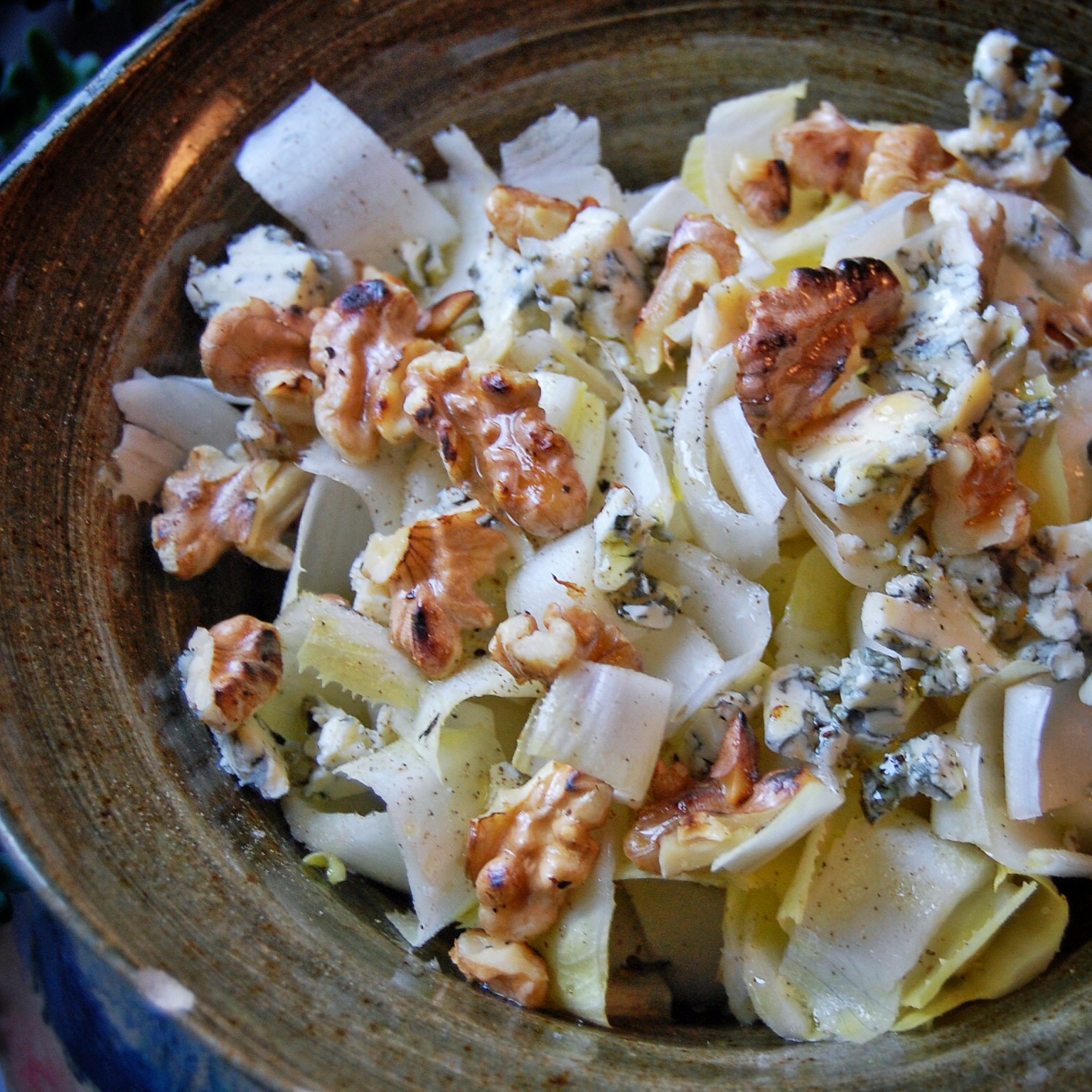 I don't think I ever realized that I was supposed to consider dining alone a reason for embarrassment or -- goodness! -- humiliation; I only found this out when I read women's magazines later, after I'd already inadvertently debased myself all over the world. It never occurred to me, to be honest, that going to a restaurant without a companion or eating in front of the TV away from my family was anything out of the ordinary, anything other than an inevitability for an adult human being. I would look at the articles advising me on how to avoid looking like a complete loser (bring a book! strike up a conversation with a couple at a neighboring table! sit at the bar!) and wonder who were these people who managed to have constant companionship at mealtimes, so much so that the thought of eating alone prompted panicked anxiety? Then again, maybe I was the outlier on this issue, because to be honest the idea of striking up a conversation with strangers has always struck me as far more terrifying than the idea of looking like I have no friends.


When I moved back to my parents' house in the summer after finishing university before heading off for a year of travel and then grad school, I never sat down with my family (my parents and my sister) to eat -- in part because our schedules, four adults with independent work and social lives, rarely jibed, and in part because after my dad's heart attack a few months earlier meals were a psychically fraught affair in our household. My dad felt guilty about not having eaten better over the years, my mom felt a combination of panic at the thought of losing her husband and an upwelling of her own conflicted feelings about eating and health (provoked by teasing and bullying in India when she was a child for her pudginess), and my sister and I both had our own complicated relationships with eating to deal with on our own. I, the child whose relationship to my family was almost entirely dependent on how much I weighed at the moment, had gone on a healthy-eating-and-exercise program and was determined to insulate myself from the complications of the family dinner table. I would go after work to the gym for my step aerobics class (sometimes I would stay for two in a row) and come back home to my dinner of rice and beans-- which seemed to be practically the only thing on offer anymore in those months as my parents hastily rejiggered their cooking in an attempt to right the (nutritional) wrongs they felt they'd committed in the past. Rice and rajma (red kidney beans), rice and rajma, rice and rajma. There may have been other things, too, but that's what I remember. I would eat in front of the TV before anyone else was even starting to think about supper, in a cocoon of my own making.

At the end of that summer, I went on an extended trip to India. I flew through Hong Kong, where I had been once before for a few days with my family. I decided that I would take a stopover there on my way to Bombay; what prompted me to make it six days long is anyone's guess. I arrived, a 22-year old slip of a girl, and managed to make my way to the YWCA and rent a room. I spent the next almost-week wandering the streets with no particular goal in mind. I had no money to shop -- which was the primary reason I could see that people went to Hong Kong on holiday -- and there was very little art to see -- which was, even then, my activity of choice while traveling. I would get on boats and take rides around the bay, stopping at islands to visit Buddhist temples; I would find junk shops in impossibly narrow and crowded alley ways; I would visit bank buildings (they were the only bits of architectural distinction I could find). I also wrote my GRE exams, but that's a different story entirely.

My days, which I spent without saying more than five words to anyone as I roamed silently around the city, were structured only by the meals I ate. I loved (still love) dim sum, a rare treat back home, and so I would go to the restaurant at the bottom of the building that housed the YWCA every day for an early lunch of steamed dumplings. Sometimes I would go twice, for an early lunch and then later for an early dinner. Of course, dim sum is not an ideal meal for a solitary diner -- on the contrary, it is a determinedly social way of eating because you receive each treasure three or four to a plate. In a group, this allows for a delicious variety of tastes to pass one's lips, but for a singleton it was harder. After one or maybe two plates (two types of dim sum) I would have to stop. I was full, but never satisfied. It was an exercise in gustatory frustration.

After two days, the waitresses -- who were surprised to see a foreigner around their restaurant, since it was so far off the tourist track, and who grew fond of me -- would secretly make up special plates composed of one of each of the delicacies in their steam carts. Every once in a while one of their supervisors -- the white-shirted, black-panted men who were in charge of totting up the bill at the end of the meal -- would notice what they were doing and scold them for breaking the rules, but the waitresses were fierce in their response, and would occasionally come over in the middle of these arguments to pat me on the arm or the hair, as if to say "How can you be so mean to this young thing? Have a heart!" At least, that's what I assume was going on -- I suppose they could have been saying "Charge her double! Look! It's not like she can understand a word we're saying about her!" Whatever. At least I got my dumplings.

In the first years of our marriage, my ex and I lived apart because we were teaching in different places; I would eat alone all the time, mostly resorting to a single go-to dish made every day for weeks on end until I got so bored I had to switch to something else. (A salad of Belgian endive, blue cheese, toasted walnuts and a lemon dressing managed to hold my interest for a ridiculously long period of time, as I recall). After we finally ended up in the same place and started living together full time, eating alone took on the feeling of indulgence and luxury: the opportunity to be with myself -- an opportunity that I'm sad to say I gave myself far too infrequently -- and a chance to eat whatever I wanted. My ex felt the same way. When I went away, he would immediately go to the grocery store and buy a rib-eye steak for himself; it became the running joke for our seventeen years together. When he wasn't around, I would make scallops for myself, or maybe whip up one of the comfort food dishes from my childhood (like my dad's garlic sausage curry) that he had never developed a taste for. He would eat potatoes, I would eat rice. We had a break from the compromises that go into togetherness.

Even better were the pleasures of eating out alone in the places I traveled to: the elegant sushi restaurant in Los Angeles where I submitted to the will of the chef, not having to interrupt my attention to the flavors filling my mouth to converse with anyone across from me; the neighborhood bars à vins in Paris where people assumed I was a local and left me alone except for friendly and (am I imagining it?) admiring glances; the regular, secret lunches at the bar at The Modern, the Danny Meyer restaurant at the Museum of Modern Art in New York -- secret because they were beyond our household means and I knew I was being selfish for eating there without my husband, but how could I resist crossing my legs while sitting on those high stools, feeling sexy and sophisticated as I dug into my favorite dish, a slow-poached egg with lobster and sea urchin froth served in a mason jar, being plied with wine and flirty conversation by handsome bartenders waiting for their big break into acting.

It was only after divorce that eating alone took on a tinge of guilt, borne (I suppose) of the feeling that I should be resisting my hermit-like tendencies and being in the world more than I am. I had a choice this last weekend -- a weekend of wining and dining and coffees and lunches and drinks on rooftops and even some professional hobnobbing -- of going to yet another party or having dinner by myself at my favorite Manhattan Szechuan restaurant. I chose the latter, and savored my soup dumplings and double-cooked pork in sweet bean sauce, punctuated by sips of icy Coca-Cola (naturally), but my pleasure was tempered by a feeling that I should have been at the party. A master of rationalization, I reassured myself that I was at a party of a sort, sitting cheek-by-jowl with groups of other diners, listening in on their conversations and snooping at their choice of dishes. It was a party, though, at which I could disappear, fade into the wallpaper, and enjoy the food.

2. Toast 1/4 c good-quality (organic if possible) walnut pieces in a dry frying pan until lightly brown and fragrant. Set aside.

4. Add endive to salad bowl along with walnuts and 1 oz of crumbled blue cheese (use a Fourme d'Ambert or a blue d'Auvergne if you can get it; they're both creamy, not too salty, and relatively mild). Toss to mix with dressing.
Email Post
Labels: appetizers blue cheese dining alone endive salad salad side dish vegetarian walnuts

Ape said…
My favourite post yet; I didn't realise this is just how I feel (although take the sophistication down a notch) until I read it.
February 19, 2013 at 7:04 PM

OS said…
Try Hot Kitchen for Chinese next time you are in NYC. Their food is way better than Chelsea Chinese! Especially their soup dumplings.
February 20, 2013 at 12:37 PM

The Invisible Flaneuse said…
Thank you about the tip re: Hot Kitchen! Looks great. http://hotkitchenny.com/
February 20, 2013 at 10:08 PM

Kat said…
Up until about 2 years ago, I would never have considered eating alone. I admit, I still don't do it very often, but I like to think I've finally settled into myself and lost some of that self-consciousness.
February 22, 2013 at 1:56 AM

monixa said…
Frankly eating alone with pleasure in the food that I am eating - that is still not really easy. Since I hate cooking, I eat anything that can be consumed without paying too much attention to it. You have to put out some easy recipes for the newbie too... (which are full of easy to find things in Delhi! :))
February 22, 2013 at 1:37 PM

The Invisible Flaneuse said…
Okay okay Monica -- will dedicate a post to you of foolproof recipes. Promise!
February 22, 2013 at 4:45 PM