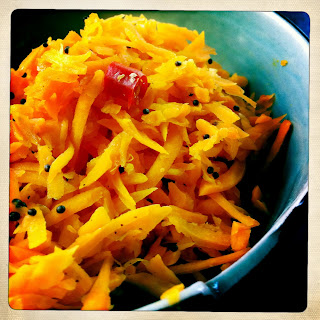 I was thinking about a person -- someone real, but who I know mostly in my imagination, poor dear -- who goes through girlfriends like... Well, that was what I was thinking about: like what? Like a dull knife through a loaf of bread, perhaps. Tearing, indiscriminate, leaving a ragged scar instead of a clean cut. He isn't the sharpest knife in the drawer when it comes to relationships. We use the phrase as if the worst part of dullness was simply an innocent stupidity. But dull knives aren't so innocent: they hack at meat, they squash tomatoes, they hurt their wielders.


I know (I care to know) very little about the world of professional cooking -- I have no aspirations of being a chef -- but one thing I do know is the lesson taught in cooking school: keep your knives well-sharpened and honed, because if you slip the cut will be smooth-edged and heal quicker. Torn skin is to be avoided. Cut, don't tear.

I knew someone once. For many years he claimed at various intervals (weeks, months, years) to be desperately and hopelessly and eternally in love with me. Every time he made his declarations, I would call a mutual friend to warn her that said man was about to dump his current love interest. He called me, it was clear, because he wanted me to be the person who would pry open his relationship and release him. When we were both young and stupid, I complied more often that I'd like to admit. As I grew wiser, and figured out what love could be, I stopped.

I was his can opener. I still imagine the jagged edges of all those tin cans, and how painful they were to pick up and throw away for the person left behind.

Many years later, this person contacted me again, and this time instead of throwing away the letters or hanging up the phone or deleting the email, I answered. I still don't know why. Maybe I needed a can opener of my own.

His unhappiness was palpable, not least because, as I finally recognized after all these years, it was accompanied by -- the product of? exacerbated by? -- manic depression. He agonized to me over his life, and I, living an agonizing life myself, listened willingly. Finally, after months of hearing his pain (of hearing my pain), I couldn't take it anymore: hearing him fantasize about the life he'd have if he left his wife and hearing about the ways in which he was betraying her because he didn't want to hurt her by leaving, I screamed at him (well, our conversations were only ever through email, so I probably just typed in all caps): "FOR ONCE IN YOUR LIFE BE THE SHARPEST KNIFE IN THE DRAWER!"

He was a restaurateur, and had spent enough time in kitchens to know exactly what I meant. Don't hack your way out of a relationship with a can opener, don't leave it in a pulpy mash because you went at the inevitable slicing of ties without caring enough for yourself or the other person by using an indifferent instrument.

People who act as dull knives aren't bad people, and they're not dumb. They just don't know what they want, perhaps because they never know what they want. Their preferred mode is ambivalence. There can be something so intellectually seductive about this -- the ability to occupy many positions at once, to acknowledge multiple desires and impulses in any situation. The ability, that is, to put off judgement, to be comfortable with not knowing and not acting. These are, in some situations, deeply admirable qualities. There can also be something in this ambivalence that is easy to mistake for kindness, but their desire to avoid causing unhappiness for the other leads to guilty contortions of language and lack of clarity, a slow and confused gash through a painful situation. "I think it would be better for both of us if we broke up. We can be the best of friends. I'm only thinking of what's best for you," instead of "I don't want to do this anymore." Or worse: the affair. The cruelest cut of all. The one that festers, where one's feelings take forever to knit back together. The one that leaves an ugly scar.

My knives need sharpening. I need to pay attention.

Carrots with Ginger and Mustard Seed

A simple recipe, and a (close to) knifeless one.

1. Coarsely grate 1 lb peeled carrots; I use the shredding disk on my food processor. Grate 1 TB peeled fresh ginger root; I use my microplane.

2. In a sauté pan, heat 1 TB canola oil. When hot, add 1 tsp black mustard seeds. When the mustard seeds start popping, throw in the grated ginger and one dried or fresh red chili (crumbled if dried, chopped if fresh). Stir around once or twice, and then add the carrots to the pan along with salt to taste. Sauté for a few minutes, then add 2-3 TB water. Allow to steam-sauté until carrots are cooked.

Monica said…
I think this is something I could possibly cook. Next time tell what one could serve it with. Especially to a five year old.
August 5, 2012 at 10:25 PM

The Invisible Flaneuse said…
Hi Monica -- I think you could serve it as a side dish to just about any protein (even a simple sautéed chicken breast or grilled fish).
August 5, 2012 at 10:29 PM

EndlessRiver said…
Wise words. I always try and make a clean cut. Doesn't work all the time but is definitely kindest in the long run instead of a long, drawn-out, ragged tear.
I am, however, guilty of having kep utter;y rubbish kitchen knives. Laurel has sorted this, though, and a good knife is certainly worth its weight in carbonised steel.
ps. nice recipe too :-)
August 6, 2012 at 1:35 PM

The Invisible Flaneuse said…
Glad you have Laurel keeping you sharp, EndlessRiver. For me, the "clean cut" is something I have to think about in terms of all sorts of interactions in my life. I'm guilty of making things more painful by just not communicating.
August 7, 2012 at 8:55 AM

Anonymous said…
You mean there's someone ELSE declaring their undying love for you? Like I need the competition!
August 7, 2012 at 9:32 AM