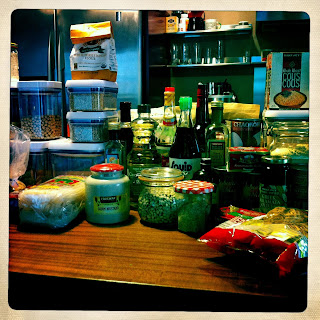 I'm an art historian. I worked my way through grad school as a curatorial assistant at museums in New York City, and when I graduated I started teaching in a curatorial studies program. I've even tried my hand at curating art a couple of times, and I teach classes on curating as a form of framing knowledge. I know from curating, even though I've never called myself one.

Lately, though, I feel like the only person in the world who doesn't; the word has spread like a virus. It's bandied around to mean something as basic as "chosen" or "selected" or just "put together," as if those words weren't quite enough to describe the expertise with which the choosing or selecting or putting together was effected. And no longer is art the object of this attention: anything can be curated now. We hear about curated content on websites, curated collections on etsy.com, curated tumblrs of cute kitten photos, curated dinner parties. My favorite use recently was a flyer from the Whitney Museum, inviting me to "curate" my membership by ticking off one of two available choices. I am glad to know I am not nearly the only person who's come to hate the new popularity of the word; even The Atlantic hates it, enough it was included it in their list of 2012's worst words, along with "legitimate rape" and "butt-chugging": "I must say that no Internet buzzword irked me more this year than curate," explains The Atlantic Wire's Richard Lawson. "It's a reappropriated term that used to mean something good — putting lovely and interesting things in a museum! — but now denotes a technique of cobbling together preexisting web content and sharing it with readers/followers/whomever. In other words, linking to things. It's an awfully highfalutin term for something that many of us do every day, on Facebook and Twitter. Sharing links isn't some special skill or trade, but self-described curators, who rose to great power in 2012, are effectively asserting that it is."


As much as I appreciate the backup on this, Lawson isn't exactly right about the original meaning of the term; curating is not just about putting pretty things on display. The word emerged in the English language in the 14th century to mean someone who gathered and cared for souls; it was a title for clergy in the English church. A curate would take souls, nurture them, keep them alive -- no wonder the word chosen to describe this came from a Latin term meaning "to care for"; the idea is almost tender. At some point, the curate became (linguistically speaking) the curator, and the souls they cared for were not contained our human, too-fragile, corporeal vessels but in objects of wonder, their auras preserved in curiosity cabinets and eventually in museums. 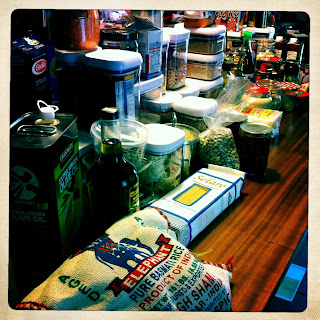 The enchantment of art, its timelessness, the wonder it evokes, its aura. This understanding of what certain objects mean in our culture is the only reason that I can think the people charged with managing collections of things -- paintings, objets d'art, sculpture, drawings, prints, etc. -- got their own special name. Archivists were people who managed archives, librarians people who managed libraries, keepers were people who managed, well, whatever they were charged with keeping. But curators -- their task must have been conceived as something quasi-spiritual. By the time the word entered common usage in English in the mid-19th century, to mean someone who manages, cares for, and puts on view a museum's collection, a whole set of ideas about the redemptatory, almost magical, function of art had begun to circulate; so many museums were founded in the US, for example, based on the premise that if God was no longer enough to soothe the savage soul, maybe a transcendant painting could. Curators were still nurterers of souls, it's just that they were supposed to do so in the name of art instead of the name of any other higher power.

Maybe that's what's at stake in the new embrace of the term -- we want to be saved. Saved from our poor taste, our inability to make a decision, our insecurity at the idea of missing something important in the flood of information that whooshes over us every day. Enter the curator! Maybe the souls that they're saving at this point aren't those imaginary ones of the inanimate objects they used to preserve or collect or display, but our actual souls. It's probably no coincidence that one of the very hip Williamsburg boutiques I came across when thinking about this subject is called "Life:Curated"; so comforting is the idea of a curated life supposed to be that they remove the space between the colon and the "c" in their logo, nestling the words together in a cozy embrace.

Curators have become the new life coaches, and retail therapy is the route to transformation. At the same time as actual curators have become more and more uncomfortable with the idea that their job is telling people how to think, and have tried to find ways to allow the viewer to make more decisions about how and what and why they're seeing, this other kind of pop culture curator unapologetically tells us what to do and think and buy and see, and we happily agree. Don't get me wrong: I totally get the seductiveness of this idea. I have long had a rotating group of people in my life whose directions I follow unquestioningly -- at the moment, it's Juliette for tech, Maurice for career, Andy for negotiating difficult interpersonal situations, Mikhail for iPhone apps, Ulrike for astrology, my mom and Judith for car-buying advice, Steven for reality television, and Nina for trend-watching. Thank god for my life curators! I couldn't manage without them.

So: let me so you a favor -- pay it forward, as it were -- and be a curator for once. Let me save your culinary soul! This is what you need in your pantry, at the very least, in order to achieve some sort of kitchen credibility at the same time as not seeming either too trendy or too showy.

Condiments: Hellmann's mayonnaise, a good Dijon mustard, a whole grain mustard, salted anchovies, a good soy sauce (Kikkoman is, believe it or not, rather good, as is Pearl River Bridge; alternatively keep on hand tamari), squid-brand Thai fish sauce (it has a squid on the label, hard to miss), a good chili sauce (like Thai Rooster-brand Sriracha sauce), apricot preserves, honey, harissa, tamarind paste, preserved lemons, ketchup. Also, you must have capers but not really for any good cooking reason I can think of other than you must have them (see, this is where the curating part comes in).

Other pantry staples: canned tomatoes (I canned my own in glass jars this summer, which turned out brilliantly), tubes of Amore tomato paste, dried fruit (currants, apriciots, prunes and cranberries), sardines, chunk light tuna in olive oil (or imported Spanish tonno), coconut milk, Thai red and green curry pastes, and Thai nam prik pao (chili and tamarind paste in soybean oil), and, if you don't make and freeze your own, a good, organic, low-sodium (chicken or vegetable) broth.

In the fridge: walnut halves, parmasean cheese, pickles (I like my homemade bread-and-butter pickles, recipe below), butter, yeast, tahini, lemons and limes, flat-leaf parsley, cilantro, curry leaves, two kinds of olives, gingerroot. Also onions and garlic, but not in the fridge.

3. Ladle pickles into clean jars. Let stand until cool. Cover, and store, refrigerated. The pickles will be ready to eat a day or two later, and will continue developing flavor for about a week. Martha Stewart, who's recipe this is, suggests keeping the pickles for up to 1 month (because the jars aren't sterilized and processed), but in my experience they keep in the fridge for far, far longer than that.
Email Post
Labels: bread and butter pickles condiments curating curators larder oils pantry staples pickles spices vinegars

The Invisible Flaneuse said…
Kat, I am not a pickle maker (or eater) generally, but these are totally easy and really delicious. I get the cukes from my farm share in August and make enough to last the year. Great on a cheddar cheese sandwich.
March 7, 2013 at 8:24 AM

Round Rabbit said…
This really made me laugh! One of my biggest pet peeves is the use of the word "artisan" to describe breads and cheeses. I'm waiting for the day when I ask someone what they do and they tell me that they are an artist whose medium is flour.

I stumbled upon your blog a few weeks ago while searching for an entertaining food blog. I was several posts in before I discovered that I once had you as a professor years ago at BU. Small cyber world!

riri tea said…
Gosh, you are so spot on with your assessment of curating in different fields. My least favorite is 'curated events.' Oh, and might I add that you are in fact the curator with the mostess when it comes to this list of vittles. You made me want to run out and buy all of this stuff, and to eat the entire planet.
November 6, 2013 at 8:57 PM