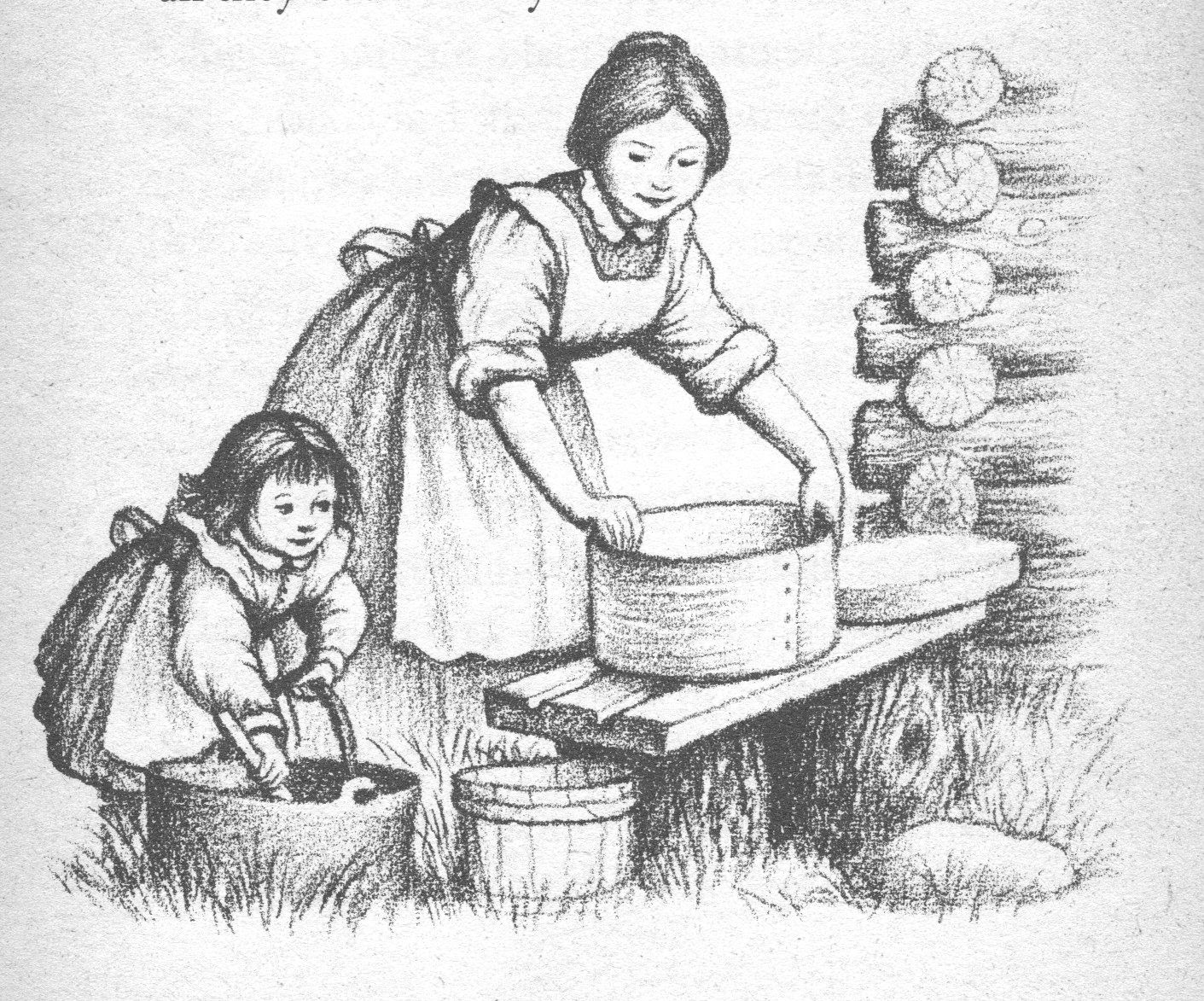 This morning, my breakfast consisted of two eggs that came from the chicken coop of the neighbor across the street from me, and a latté made with milk straight from the cows at the farm a few miles from here. Last week, we ate hamburgers made from the cows from that same farm, and another night paneer made from their milk. Starting next week, we'll go a few more miles down the road (ten, I think) for all our vegetables. I've been thinking that my kitchen is being transformed into Little House on the Prairie, and I'm Ma (except for the anti-Native American racism and the waist that Pa can still circle with his hands). This is homestead living, my friends.


I grew up in the middle of one of the most important agricultural regions in Canada -- southern Alberta, home of ranches and feedlots and canola and wheat fields. The whole province was irrigated in the early twentieth century to make the dry, flat land suitable for growing, and it proudly declares itself a rat-free province when you enter any of its borders -- it got rid of the rats who were eating the grain, you see.

And yet for all that, I hardly ever ate anything produced locally when I was growing up. Sure, friends with gardens used to bring stuff over, and my dad grew all sorts of things in our backyard, but that was sporadic, and didn't form most of what we ate. I don't think we were that different from most people living in North America in the 70s and 80s -- an era of trust in the products of mass food production. But it was especially ironic, as my sister and I played in the wheat fields that surrounded our house or complaining about smell of the herd of sheep kept by the neighbor across the way, that we didn't actually know if we would ever eat that wheat or cook that lamb.

I joined a CSA for vegetables as soon as I moved out to Williamstown, but this is the first year I've had a farm share for dairy. The farm, Cricket Creek, is adorable, with happy cows grazing, pigs snorting in the mud, chickens pecking around the yard, and friendly, hippie farmers extolling the virtues of their raw milk and their aged cheeses. It's sort of ridiculous, how earthy it all is. Grocery shopping now consists of driving to the two farms, playing with the animals, picking wildflowers, and coming home. So much better than Stop and Shop.

The share includes all the milk your family needs for a week (up to 4 gallons!), plus cheese and butter and buttermilk and beef, and even splitting a share with another single mom means I will never be able to consume as much as I could potentially take. But I'm trying to make the most of it, so have been learning what to do with this creamy, cow-y stuff. Paneer was a no-brainer -- it's a five-minute operation, and I can even freeze it to use later if I want. But I wondered what yogurt would be like, so I decided to give it a shot.

Here's the thing: my aunts in India make yogurt (dahi) all the time, and Sindhis especially eat it with almost every meal, even if it's a few tablespoons at the end to cool you down and aid digestion. Raju Aunty makes the best dahi: its so smooth and light in the mouth -- it feels clean and silky, not pasty or viscous the way that yogurt in the US tastes. It's not a hard process -- heat the milk just to boiling, let it cool, add a bit of yogurt to inoculate the milk, and then let it sit on the counter for several hours (depending on how tart you like it). Over the years, my mom tried to replicate the process at home, but it never turned out right, partly because it was just never warm enough in the house -- Canada is not India, obviously.

My experiment in yogurt-making started out quite spontaneously, as most of my experiments do, and involved reading a bunch of methods and finding a way to streamline the process to make it as unfussy as possible. A lot of yogurt recipes involve precise, scientific methods and dedicated equipment, and I was interested in neither, remembering the really simple process of my aunts. The first batch was incredibly delicious but not exactly yogurt -- it was runny, more like a drink -- because I had inoculated the milk at too high a temperature. The second batch was amazingly good -- the first morning I ate it with some prune and lemon confit was an almost-religious experience -- but you had to babysit the process too much. The third batch was the charm. Smooth, just tart enough, creamy, and clean-tasting. Pure, too.

The takeaway is: it's actually really easy, it's cheap, and it results in some stunningly good yogurt. Even if haven't met the cows that are producing your milk, it's worth a try. 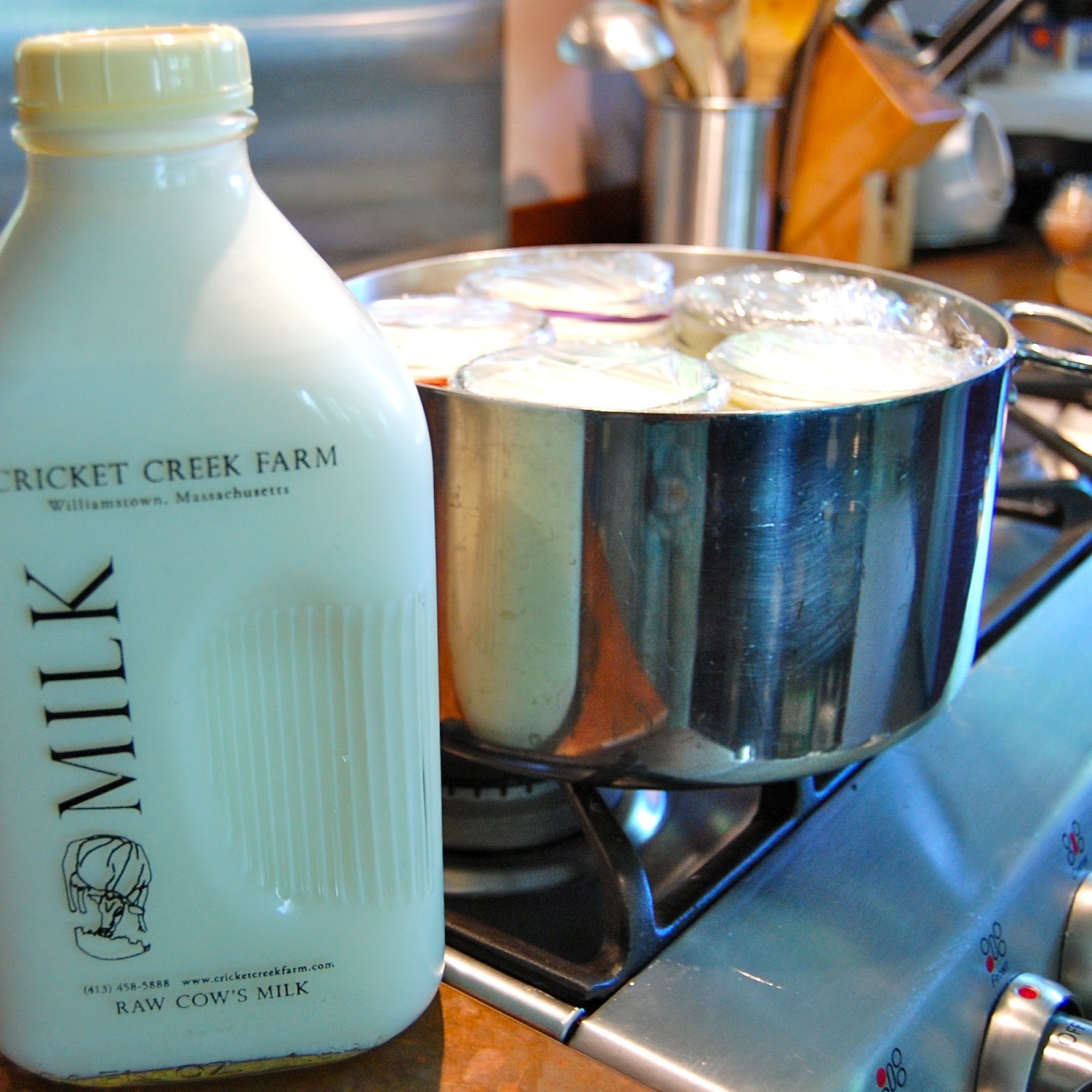 1. In a large saucepan, bring the milk just up to a boil. Use a thermometer to make sure the temperature breaks 180º F.

2. Allow the milk to cool until it's warm but not hot -- between 110º and 125º if using a thermometer, or just above body temperature if you're using your finger to test it. If a skin has formed on the milk, just stir it back into the pot.

3. Stir in the yogurt starter to inoculate the milk with the good yogurt bacteria. Make sure it's well incorporated, although don't worry if it's slightly lumpy. Now pour the milk mixture into clean glass jars. (You may wish to sterilize the jars by boiling them for a few minutes in a big pot of water; I find that running them through a hot dishwasher gets them plenty clean.) 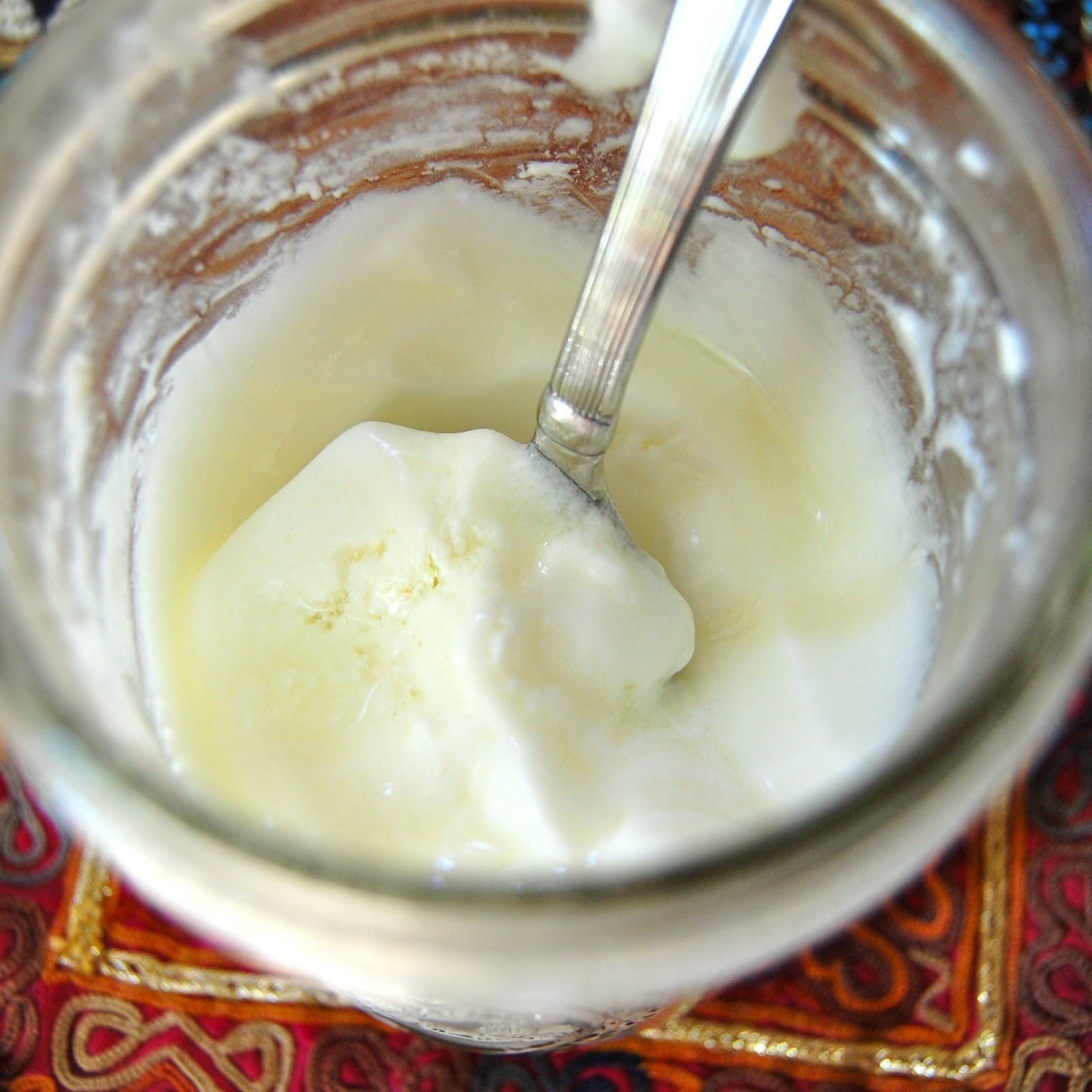 4. Cover the jars (use lids or, as I do with my Mason jars, plastic wrap secured with an elastic). Turn on the light in your oven (you know -- the one you use to see if your cake has risen or what have you -- the lightbulb.) Place the jars in the oven closest to the lightbulbs (you may want to put them on a cookie sheet first). Leave there for at least 6 hrs and up to 12. The longer you let it develop, the tangier it will get, but it's "done" when the yogurt has become firm enough that it keeps its shape (somewhat) when you take a spoonful.

5. At the end of the 12 hrs (or when you decide it's done), transfer it to your fridge and let it cool down; this will allow it to firm up a bit more and will stop the cultures from doing their stuff. Be sure to reserve 1/2 c of the homemade yogurt to start your next batch.

If you're doing this in winter or in a cold house, you may want to take an extra step to keep the jars warm by placing the jars in a large pot, and add some very-warm-but-not-hot water around the jars so that it comes 3/4 way up the sides, before placing in the oven. Check the water every three hours or so to make sure it hasn't cooled down; replace with warm water if necessary.


Things that can go wrong:

1. If it's not kept warm enough, it won't really set and you risk spoilage.
2. If you add the yogurt starter when the milk is too hot you'll kill the yogurt cultures and it won't turn to yogurt.
3. If you use dirty utensils or jars you may introduce the wrong kind of bacteria to the mix -- you'll be able to smell it if you do. The yogurt should have a clean, yogurty-smell.
4. You might see a bit of whey on top of your yogurt, or when you spoon some out of the jar. Nothing wrong here -- you can tip it out of the jar or just stir it back in.
5. If it's too runny, you may not have heated the milk sufficiently at the beginning of the process, or you may not have let it sit long enough.
Email Post
Labels: condiments locavore making yogurt side dish vegetarian yogurt

sangeeta said…
Sounds amazing but also not that easy. Maybe I will try it this summer.I remember making yogurt sometime ago and it was simpler but not quite as tasty as yours sounds
Thanks
Sangeeta
May 19, 2014 at 12:00 AM