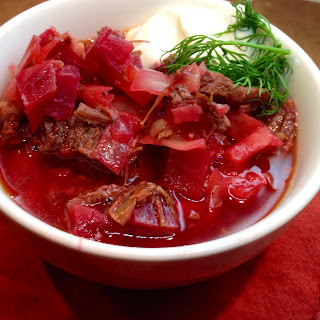 
Well, not really officially. But that's what I call it lately when my daughter goes off with her dad for the occasional visits she has with him -- a retreat. When the divorce first happened, I was torn in two directions: on the one hand, overwhelmed with having gone from being one party in a genuinely 50/50 parenting arrangement to now being a single mom with a disappearing ex-husband, and desperately wanting him to spend time with my daughter so I could catch my breath and deal with my own emotional breakdown rather than constantly trying to stave off hers. And on the other, feeling even the few hours he spent with her once a week as an amputation, a violent tearing of her away from my body.


It wasn't the time apart -- those few hours were no more significant, in a chronological sense, than the time she spent with her dad away from me while we were married. It was a different kind of apartness that made me crazy. It was the idea that at 5 years old, at a point that we were just fresh from her own psychic separation from me, that she would have a part of her life that I wasn't privy to. She would go off and do things and meet people and have experiences that I wouldn't even know about, except when she remembered to drop a salient detail. She met some former members of the Weather Underground on one outing. She may or may not have met Patti Smith on another. One day we were in a bookstore and a stranger came up to her when I was a few steps away and started to give her a hug and speak to her in a very familiar way, to which she responded with enthusiasm. I strode over in mother bear mode and he looked startled, and then he realized what he had done and quickly apologized, saying that he was good friends with my daughter through her dad, and sorry, he should have introduced himself to me first. He was a stranger to me, but not a stranger to her. What, exactly, did that make him?

I suppose the upside of the fact that she has had since 5 years old a part of her life that is entirely distinct from me will make teenagehood a little easier in our house. As long as I don't die the death of a thousand cuts first, dealing with these little traumas that result from our time apart.

At first, I was at loose ends during these visits -- when she was younger, it was never a matter of more than a few days apart, but now she is 10 it stretches to two weeks on occasion. I would either go into a slightly manic schedule of activities, trying to make time pass quicker, or hibernate, going to sleep at 3 am and waking up late in the morning since there was no other person in the house to structure my day. It took me a while to start to see the time apart as a gift that still-married parents rarely get: an opportunity to turn inwards, to turn outwards, to turn my attention to all the things I don't get to do very often, as a single mom far away from my family. Time to be an adult without also having to be a parent.

That these times apart often come on holidays -- every other Christmas, every other Thanksgiving -- is less of a problem for me than for the people around me. I stopped, some time ago, going to spend my daughterless holidays with my family; being with them only makes her absence more acute for me. Two years ago, at Christmas, I went to a Korean spa with five other women who also weren't celebrating that holiday; we sat naked in searing hot pools and were scrubbed to within inches of our lives and lay on minerals and got massages and at the end of the day sat, clean and pink-cheeked, eating delicious Korean food. It was exactly what I needed. My parents, my sister, though -- they worry at the thought of me being alone. It sounds depressing to them. I can understand their concern; it's hard, I suppose, to get why it's not.

This year, no Korean spa. I have so much to sort out in my mind before the New Year starts, so I decided to forgo a trip to New York and instead get my brain in order. I posted my schedule on Facebook to keep me honest. It looks like this: "[1] Finish the novel I've been reading for four freaking months, which I love but which never seems to end. [2] Download and read a bunch of food memoir-ish books -- for research. [3] Figure out a structure for turning my blog into a book -- 2014 is the year I finally do this. [4] Make borscht, at the request of a friend who's searching for just the right recipe. [5] Clear out and reorganize my daughter's room so that she is no longer in constant risk of being suffocated in a stuffed animal avalanche. [6] Catch up on laundry. [7] Read the fab cookbooks that my sister got me for Xmas."

Day two of the retreat and the novel is firmly dented. I also made the borscht.

This is fairly authentic version of a meaty Ukrainian borscht, if my research is correct, with two small caveats. I dice the vegetables as opposed to grating them -- for purely aesthetic reasons, I'll admit. Grate them if you prefer that texture. I also don't add potato, as some recipes do, first because I like a thin, lively broth against the hearty vegetables and meat rather than something more starchy, and second because without the potato this soup freezes beautifully, which you will appreciate. Borscht is not a 30-minute meal -- if you take the trouble to make the beef stock from scratch, it really is a whole-day process (or do as I did -- make the beef stock the day before so that you can chill it overnight and defat it easily). So make a big potful, enjoy it for a couple of days (its flavors deepen over time), and freeze the rest for a lovely, warming, filling, nutritious dinner on a night on the steppes.

1. Prepare beef broth and meat as below, OR heat 1.5 TB olive oil in large soup pot over medium-high heat, and brown meat in stages. Return all the meat to the pot, add beef broth, and bring to a boil. Turn heat to medium-low and simmer until beef is tender, 45 mins or so. Remove beef and broth to a bowl and set aside.

2. Meanwhile, wash beets and wrap individually in aluminum foil. Place on a baking tray. Roast beets in a 400 degree oven for 45 minutes to an hour, checking occasionally by poking with a fork; remove when tender. When cool enough to handle, slip skins off beets.

4. Heat 1.5 TB olive oil in the soup pot over medium high heat. Add onions, garlic, leeks, carrots, celeriac, and parsnips, along with a healthy pinch of salt and a grind or two of pepper, and sauté until softened and starting to pick up some caramelized color. Add cabbage and sauté until the cabbage wilts and softens. Now add the beef broth and meat, along with the beets and 2 tsp salt. Bring to a lively simmer and let cook for 45 minutes or so until the vegetables are tender and the flavors have melded.

5. Check for salt -- you will definitely have to add some. Add red wine vinegar -- check for tartness. You'll probably want to add most of the lemon juice, but do so in stages until you achieve the right balance of sweet and tart. Stir in dill. Serve hot with a dollop of sour cream and fresh dill to garnish.

In a large stock pot, brown 5 lbs of beef bones and meat in 1.5 TB olive oil (I used beef back ribs, a slice of beef shank, some marrow bones, and some cubed chuck -- any tough, bony cut will do, but add some meat, too). You will have to do this in stages; remove to a plate when done.

In the same pot, add 1 large yellow onion, 1 large carrot, and 2 stalks celery, and the green tops of 2 leeks, all chopped coarsely. (Save the white parts of the leeks for the borscht itself.) Sauté for a couple of minutes to bring up the browned bits from the bottom of the pan, then add 3 TB tomato paste and 1 TB kosher salt salt. Stir until the tomato paste coats the vegetables and starts to caramelize. Add the beef and bones back into the pot, along with 2.5 L (10 c) cold water, 2 bay leaves, 5 allspice berries, 5 pepper corns, 1 tsp of sea salt, and 1 TB dried thyme. Bring to a boil, skimming off the froth that rises to the top, then lower to a simmer and allow to cook for about an hour.

Remove the meat from the pot and set aside; allow the bones to simmer in the broth an additional hour. Strain, discarding solids. If you have time, it's best if you can let it sit in the fridge overnight so that the fat congeals and can be pulled off easily; otherwise, skim it off with a ladle and proceed.

Ashu B said…
Thanks Rooni! Just what I needed for a cold winter's night. Have to tweak your recipe a bit though - mutton instead of beef?
Merry Christmas!

Unknown said…
I love this version!
My mother in law used a recipe without meat. This one is a complete meal. Will do it soon...thank your for this wonderful post.