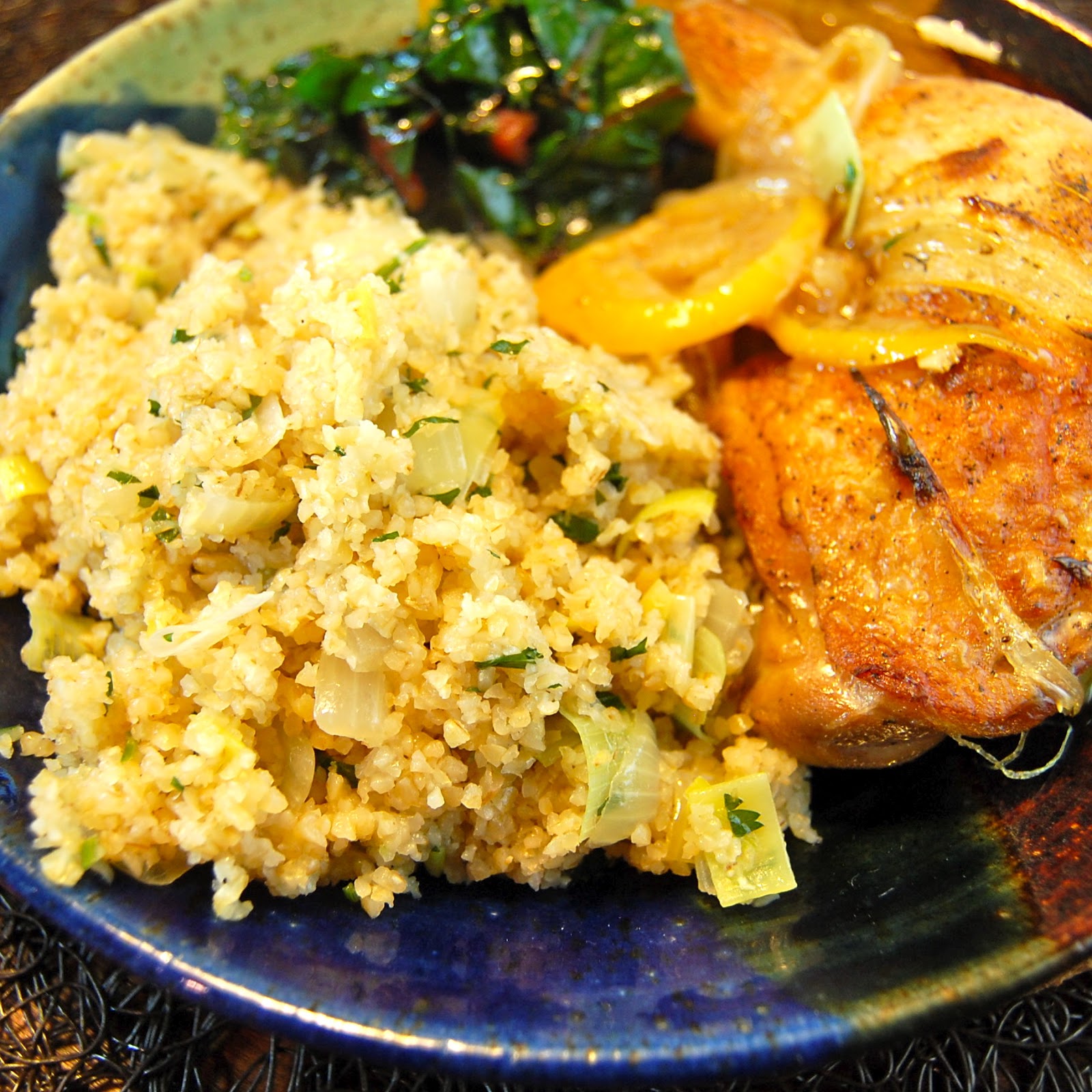 Much of my life with my ex-husband happened in the kitchen. Cooking together was a big part of our day; I would chop and cook, he would follow me around and clean up after me. He would stir the pots, and I would chide him for stirring too much. (Have you ever noticed that men stir pots too often?) We would chat about our days, gossip, talk about problems we were having with our writing projects, complain about colleagues.

We never had a fancy kitchen: a basic NYC, rent-stabilized pre-war kitchen; kitchens in Paris (one was long and narrow, with the sink at the end so if the person at the sink wanted to leave the room the person at the stove would have to leave the room, and one the size of a closet where I would stand in one spot and he would stand in another and we could both reach every corner of the kitchen but we couldn't actually move from the spots in which we were standing); a simple kitchen with cheap appliances in the first house we owned; a kitchen in Berkeley which was beautiful but totally dysfunctional. We prided ourselves on not needing much to turn out a great meal. From that tiny, tiny kitchen in Paris we produced an American Thanksgiving dinner with a huge turkey and all the fixings. We were wily in that kitchen.


It was always a sign that things were getting tense in our marriage when we could no longer work together in the kitchen -- when we started getting in each others' way, bumping into each other or getting the timing of our familiar dance wrong. Eventually, we stopped hanging out in the kitchen together -- after our daughter was born, he would play with her while I had some peace on my own, doing that chore which was so familiar to me, and so pleasurable. Cooking became a form of solitary happiness.

After we split up, I left the house for a week so he could stay with my daughter. When I got back, I found the food he had left behind. I started putting it in a box, and became acutely aware of how these were things we never kept around the house when we were together. Who was this person who ate all these things? "Truffle oil? Who keeps truffle oil?," I thought. And then I knew there was a reason we broke up. It was unimaginable that I could be with someone who kept a bottle of truffle oil in the kitchen, and it was unimaginable that someone who wanted truffle oil would be able to be with me.

Now it's me and my daughter. I have fewer dinner parties now, and am probably more limited in what I can cook on an everyday basis because she is only eight, after all. But she's fairly adventurous in her tastes, and I try not to compromise too much; whatever she eats should be worth eating, as far as I'm concerned. It's not that different from when I was cooking with and for my ex; you always negotiate other peoples' needs when you light up the stove.

The kitchen is lonelier than it was before. But then again, there's no one to get in my way.

My favorite grain is bulgar, which is a par-cooked cracked wheat, used often in Mediterranean cuisines. It's slightly chewy, and nutty, and filled with fiberlicious goodness. Like all grains, it's pretty easy to make delicious. This is a basic method -- feel free to modify by switching out the aromatics (onions, leeks, bell peppers, fennel) at the beginning, the spices (coriander, cumin, ras-el-hanout, etc.) and herbs (thyme, parsley, cilantro, mint) in the middle, and the cooking liquid (water or stock) at the end.

1. Crush the coriander seeds in a small mortar and pestle, or with the side of a knife. Set aside.

2. Heat olive oil or olive oil/butter in a small saucepan over medium-high heat. When heated, add leeks and onion, along with a pinch of salt. Sauté until translucent. Add parsley and crushed coriander to the mixture, stirring until combined.

3. Add bulgar and toast for 30 seconds or so until coated with the fat. Add the liquid and a hefty pinch of salt and bring to a boil for 2 minutes. Cover tightly with a lid, turn off the heat, and let sit for about 10 minutes until the bulgar is tender and the liquid is all absorbed.

. said…
Oh A. !! This one is lovely. So touching, even though I don't really like that word. Evocative. I felt like I could see everything. That said, I can see myself buying truffle oil at some point. Is it good on grits?
March 12, 2012 at 1:14 AM

The Invisible Flaneuse said…
Thanks. Now that I'm getting my sea legs under me, I think my next posts will be more along this lines. I love the freedom this form gives.
March 12, 2012 at 7:30 AM

apematrix said…
Love the free-association of these entries. Also - I have kale almost ready in the garden that survived the winter. Looking forward to eating it even more now (although my own girl is sadly less adventurous than yours...)
March 12, 2012 at 4:52 PM

The Invisible Flaneuse said…
Thanks, ape girl. They're only going to get more free-association-y as they go. My kale seems to have resprouted after the winter -- I don't know if I should pull it out, or let it develop into something.
March 12, 2012 at 5:07 PM