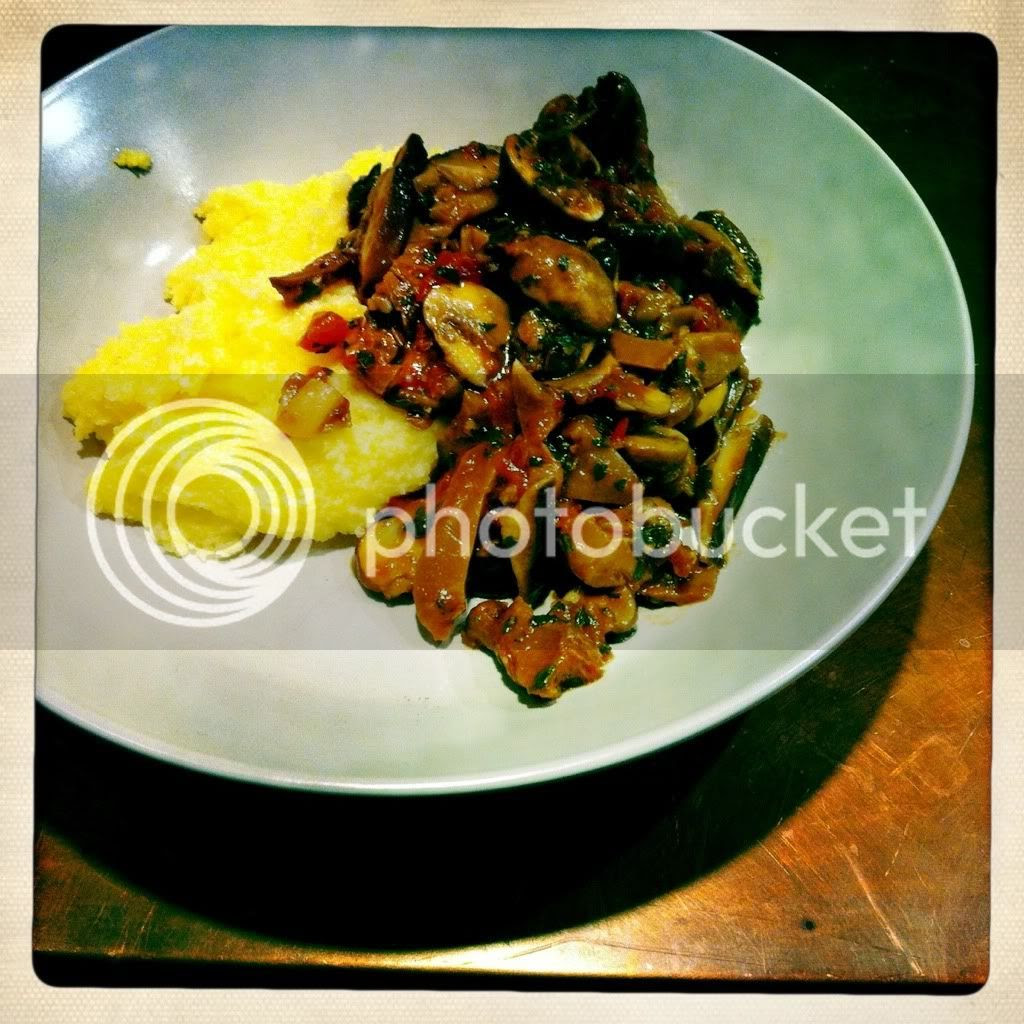 It was January. My daughter and I had returned from a trip to my parents' house. When I came back, something had changed. Something about my husband. The house was too clean when I came home. He kept asking me to compliment him for cleaning so well. I smelled cleaning products everywhere.

There was something strange about my nightstand, too. Nothing I could name.


It wasn't like everything was hunky dory before my return; on the contrary. Things hadn't been right for a long time, and we were spinning out of control while trying to hang on with all our strength. We had a five year old. We had a Perfect Life™. We were living in Berkeley for a year, a high point in both of our professional lives. There was every reason not to mess things up. But we were messed up. We had messed things up.

A friend came to visit so that we could go to a yoga conference in San Francisco. I had been doing yoga religiously up to then, but for the previous nine months -- the nine months of falling apart -- it had gotten so hard to hold certain poses. Like Virabhadrasana, the warrior pose. I would wobble and step out of it; when my teacher told me it was a pose about confidence I finally understood why it had become impossible. I had no reserves to draw upon to keep me upright.

Nine months of falling apart. The birth of a breakup.

We went to the yoga conference, my friend and I, to an Anusara intensive. I was so much weaker and less experienced than the other lithe (mostly) women in the room. The teacher was radiant -- that's the only word I can think for the calm energy she emitted. She took us through two hours of poses, and she and her husband helped me up into a headstand and full wheel.

The break came. The teacher, knowing I was struggling, came over to ask me how I was doing. I told her that this was the best thing I'd ever done, and I felt that something was dislodging in me. I thanked her, tears in my voice and in my eyes. She looked at me. I broke down crying.

This was not sobbing, it was not weeping. It was not a cry of pain. It was a reaction that came from the deepest part of my body. I was crying in my heart, in my lungs, in my womb. In my guts. The teacher led me over to my mat, draped blankets over me, and then draped herself over me. Then her husband came over. Then my friend. I had three bodies on top of me, squeezing these tears out. I cried like that for forty-five minutes.

When I came home that night, something had changed.

The rest doesn't matter; he slept in the little office that was separate from the house that night, and the next day I checked him into a hotel. His anger came out the way my tears did, in waves, this time of rage. I think, from the distance of time, that it was so much more painful for him than my crying had been for me.

I remember the dinner I made and that I ate with my friend: wild mushrooms in a rich tomato sauce over polenta, with an excellent bottle of wine. The dinner was celebratory, not because I was happy about what was happening but because I was proud of myself for finally doing something to make myself happy. I had already mourned my marriage. For nine months.

I took a plate of food down to him in his hovel; I remember how much I piled on the plate, how heavy it was. I took down a glass of wine. When I went down the next day to get the dishes, only the wine had been consumed.

This is the recipe. It's delicious. I haven't made it since January 2009. When I made it and ate it that night, it tasted like strength, like confidence, like taking my life in my hands. A few weeks later, when I understood why my nightstand was wrong, I realized that I hadn't taken my life in my hands at all. I had chosen the only choice available to me, the only one he gave me. His hand was wrapped around mine, forcing me to pull the trigger.

It doesn't seem the same to me now, with a different taste in my mouth. 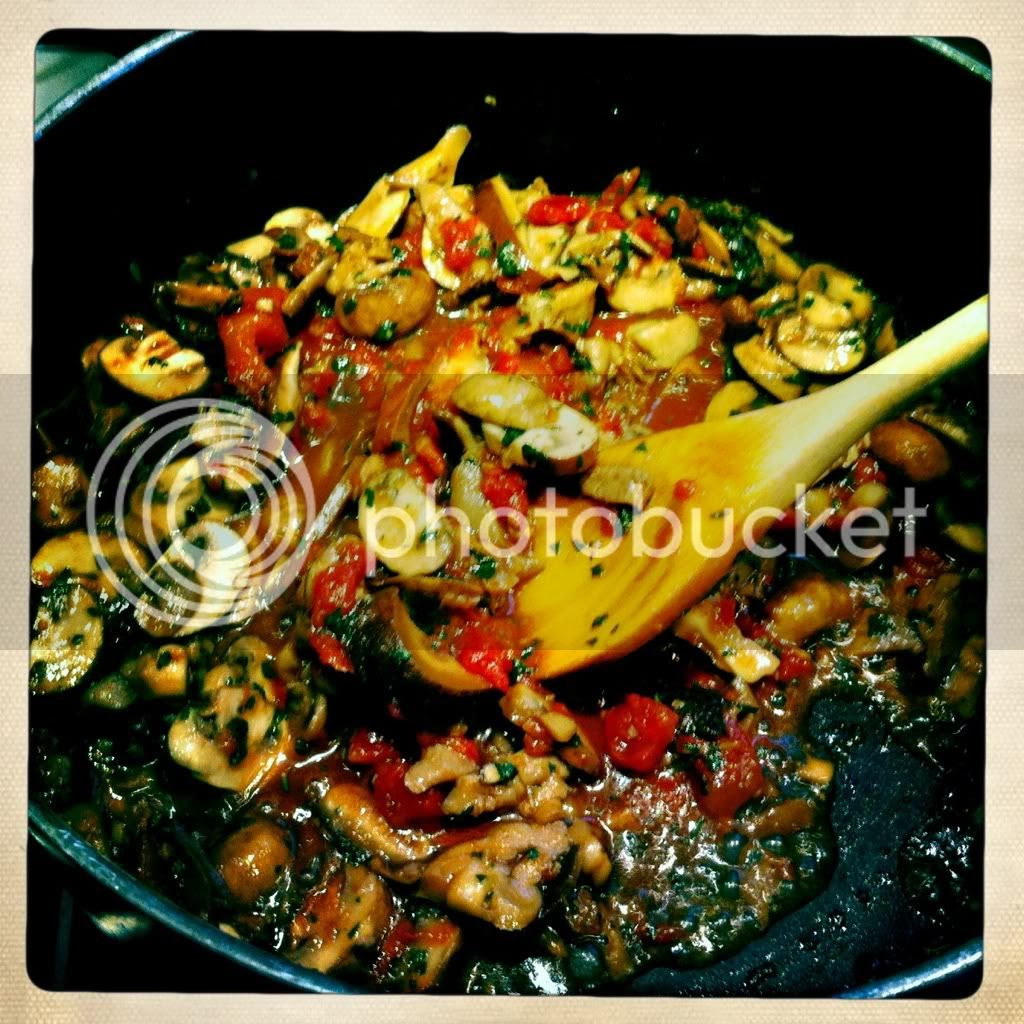 1. Soak the porcini mushrooms in a bowl in hot water for 30 minutes or so. Lift them out of the water, squeezing excess liquid back into the bowl. Rinse under cold water and coarsely chop. Filter the water through a coffee filter and set aside.

2. Put the olive oil and garlic in a frying pan over medium-heat. As the pan heats, the garlic will start to sizzle and change color; at that point, add the parsley.

4. Add the tomatoes, season with salt and pepper, and cook until the tomatoes have reduced and separated from the oil.

5. Meanwhile, make the polenta: Bring water to a boil in a medium saucepan. When the water is boiling, add salt and then add the cornmeal in a thin stream, whisking constantly to avoid lumps. When the polenta starts to thicken, switch from whisk to wooden spoon. Stir every 5 to 10 minutes as the polenta cooks and thickens. The polenta is done when it pulls away from the side of the pot -- this can take as long as 35 minutes, but if you get bored it will still be tasty after about 15 or 20. When you judge it to be done, incorporate the butter and grated Parmigiano-Reggiano.

6. Serve the polenta in a wide, shallow bowl topped with the mushroom sauce. The sauce is also very good with pasta -- cavatappi or penne rigate is especially good.