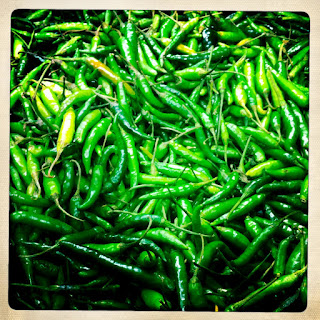 This blog started by accident: set up in ten minutes as a place to post recipes that my Facebook pals were asking for, a dumping ground more than anything. It's turned to something else pretty quickly, for better or worse. It's the "for worse" that I worry about: I imagine that I am the four millionth woman writing a food blog-slash-memoir, that I am, in other words, the worst cliché of middle-aged, suburban femininity. God, am I middle aged? God, am I suburban?

How did I get here?


I'm sitting in a restaurant in New York, a place close to the apartment I stay at when I'm in the city.  It has good food and terrible service, and is my favorite neighborhood spot. The table next to me has just been occupied by some late-twenty-somethings who all radiate anxiety about negotiating their low-level jobs in publishing; I know the look. A couple (the woman has been sitting silent since they arrived thirty minutes ago), along with another woman who clearly feels like a third wheel and talks constantly and nervously and too quickly as a result. She's dressed slightly too carefully, this third wheel, and her face is coarse but not unattractive save for the too-brash red lipstick she wears; she's uncomfortably overweight, which is to say that she moves with the muscle memory of living in a thinner body. She says, as soon as they sit down, that a man gave her a box of chocolates yesterday, a way of declaring that she is not as single as she feels right now. Her friends, the couple, respond enthusiastically, which makes me cringe.

"What did you cook last night?" the man says to their single friend. She starts talking. There are things with ramps on toast, and soups with crème fraîche dumplings, and sautéed mushrooms with organic micro greens, and braised pork bellies, and things with gastriques, and about thirteen courses in all before she takes a breath. She has cooked this all for the man who brought her chocolates. Her friends' eyes glaze over a minute into the litany of cuisine, and my heart contracts in pity and horror at the effort she has made for this gift-bearer. I imagine that every dish tasted a little of desperation.

My shrink asked me why I'm writing these stories down, and I had no answer. And of course the not knowing is the thing that makes me question the whole enterprise: it means that I am offering without knowing whether people want to receive, of extending myself in a desperate hope to be accepted rather than out of a confidence that I have something to say. It is groping. It is doing what my Indian family, in total defiance of cultural stereotypes, refuses to do: it is forcing food on you. It is taking hospitality and turning it into a burden for a guest to bear. It's not generosity, because it expects something in return. Something more than a box of chocolates. "Here, eat," I say. No, that's not quite right: "hear, eat."

My neighbors' food arrives, and there's some debate about whether their croques madames should have fried eggs on top; of course they should. They call the waiter over; he explains what this restaurant's version consists of (turkey instead of ham, and no egg; who could have guessed this?), and says that if they want the eggs he'll bring them over immediately. The man says no, it's just not what he expected. When the waiter leaves, he pushes the plate away in disgust and says he can't eat, his meal has been ruined. The women chew in silence, and then try to revive a conversation. The man tells a waitress to take away his untouched plate without saying why, and when she asks if she can get him something else since it wasn't what he wanted he says "No, totally okay." I am breathless at the stupidity of his reaction, at his righteous outrage at the restaurant's crimes even as he refuses to communicate the reasons for his displeasure.

His silent girlfriend, still totally silent after an hour at the table, caresses his thigh to calm him down when the waitress leaves. The woman who cooks for chocolate looks over at them longingly, even at this.
Email Post

Evol Ving said…
You are certainly not forcing anything on ME. I consider your blog a masala of sorts. Write whatever it is that comes to you: food, life, stories, nonsense. It's your thing. Do what you want with it. You have a lot to say. And you write beautifully.
April 8, 2012 at 2:47 PM

The Invisible Flaneuse said…
Thank you, Evol, for saying it -- it's never a problem with permitting myself but of justifying myself. I know that people decide whether they'll read or not, but it's strange to feel like I *need* people to read. Strangely, I've never felt like that in my academic work -- I'm just as happy if no one reads it, and I mostly assume no one does.
April 8, 2012 at 7:22 PM